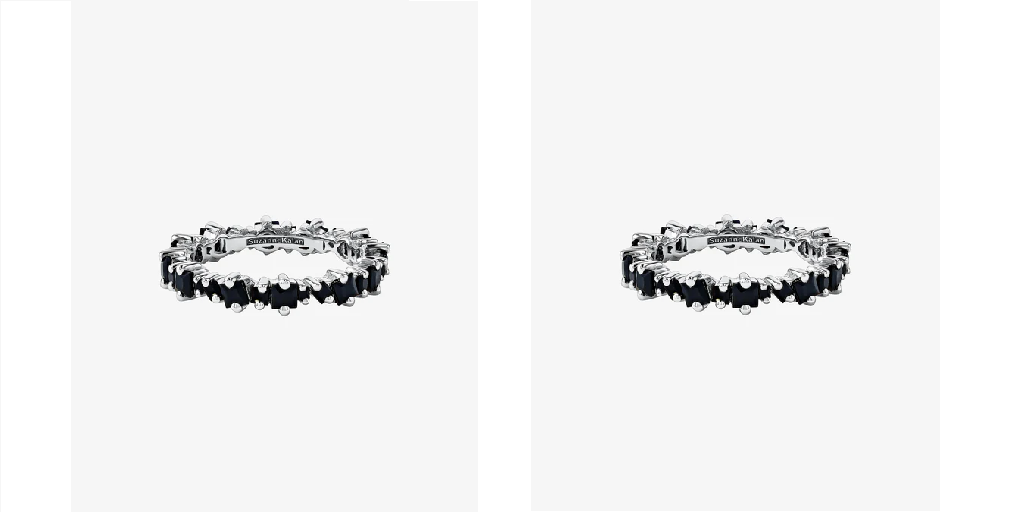 Eternity bands have risen in popularity in recent years as more and more brides desire something more luxurious than the traditional solid gold wedding ring. Did you know that it also makes for an excellent gift for an anniversary or to mark a special occasion? Here’s why you should look into a ruby eternity band when you want to treat yourself or someone you love:

Eternity Bands 101
An eternity band or eternity ring is a ring made out of a precious metal, usually gold or platinum in fine jewelry, that has been studded with identically-cut diamonds or other gemstones in a continuous line. Some jewelry purveyors may also refer to this ring style as an infinity ring or an infinity band. Though famed diamond merchant De Beers is usually credited with its creation and concept, eternity bands have been around for millennia. Particularly, historians have found evidence of eternity bands having been used and exchanged as far back as 4,000 years ago in ancient Egypt.

How they were worn then hasn’t differed much from how they are worn now. Eternity bands signify eternal love, and are given or exchanged as a romantic gesture. In recent years, though, women and men alike have started to wear eternity bands for purely ornamental reasons. They are also gifted to commemorate special events or to serve as a tangible reminder of a memory.

Diamonds are the most popular gemstone used in eternity bands, as they are usually used as wedding rings and pair well with an engagement ring. If you prefer a less traditional style, though, then a ruby eternity band might be more up your alley.

Why Ruby?
Ruby is the birthstone for those born in the month of July. Humans have been captivated by it for thousands of years, evidenced by the fact that it has been referred to in a number of ancient texts. Its Sanskrit name, “ratnaraj”, means “king of the precious stones”.

Indeed, several cultures associate the ruby with royalty, power, and wealth. Notably, it was prized in ancient Burma and China as a protection stone thought to grant invulnerability to its wearer. European royals and members of the upper class also favored rubies, as it was believed that owning and wearing them helped in the further accumulation of riches and prevented misfortune.

Nowadays, the ruby’s vibrant red color signifies deep love and intense passion. When gifted to a loved one, a ruby eternity band represents a never-ending commitment of ardent, romantic love. Rubies are also traditionally given as gifts between couples celebrating their 15th and 40th wedding anniversaries.

With a hardness of 9.0 on the Mohs scale of mineral hardness, rubies are considered highly resilient and do not require much looking after. This makes jewelry adorned with them a sensible and beautiful choice.

The Frenzy Ruby eternity band is yet another conversation starter from the SK catalog that makes use of 2.10 carats of ruby baguettes and 0.27 carats of round white diamonds, cast in either 18 karat yellow or rose gold. The unusual silhouettes of these two rings make them as undeniably eye-catching as they are utterly unforgettable.