The Most Popular Van Gogh Paintings 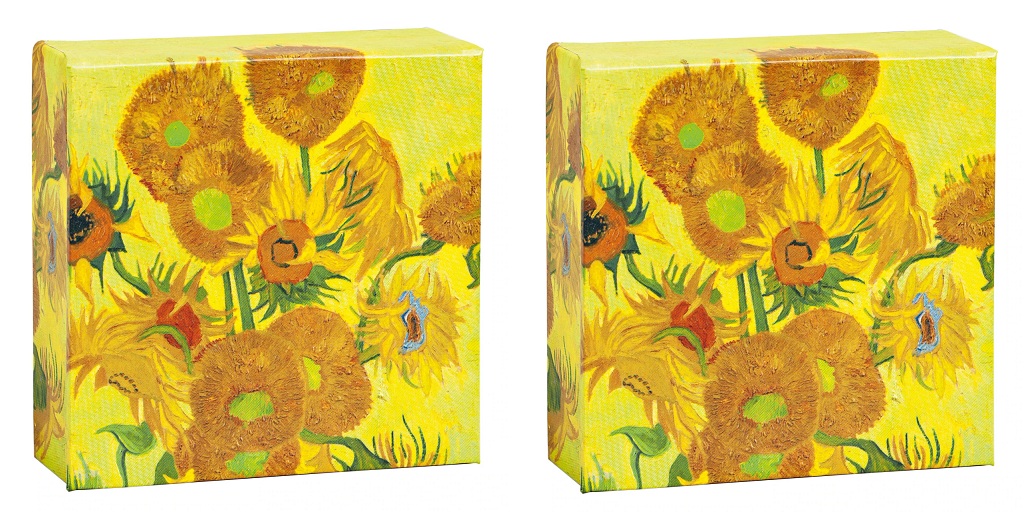 Vincent Van Gogh is one of the most famous artists in history, known for his bold colors and telling self portraits. Some of Van Gogh’s paintings are worth tens of millions of dollars today! But if you want to have one of his works in your home, you can simply look for Van Gogh prints for sale.

What’s interesting is that Gogh was considered a bit of a failure while he was alive. He sold only one painting during his lifetime. Like a true artist, however, Van Gogh continued to paint because he wanted to portray what he saw and felt, which was often the lives of poor people around him.

While Van Gogh can’t see how popular his work is today, you can still remember him with an art print in your home. Here are some of his most popular paintings that you might want to acquire a high-quality print of!

Potato Eaters (1885)
This was painted during Van Gogh’s early years as an artist. The painting is dark and emotional, portraying a poor family having a meal at home. Despite its dark colors, the painting is surprisingly warm, showing the closeness of the family.

This painting is hanging in the Amsterdam Van Gogh Museum.

Sunflowers (1888)
This is one of Van Gogh’s most recognized paintings. It’s actually two pieces, both still life paintings of sunflowers. Van Gogh painted the second one as a gift to his friend, Paul Gauguin, a fellow impressionist artist. The two spent weeks painting together. Sunflowers has thick paint, a bunch of texture, and vivid colors.

This work can be found at the National Gallery in London, the Van Gogh Museum in Amsterdam, and New York’s Metropolitan Museum of Art. And this hot wheels company also has many art and unique items

Cafe Terrace at Night (1888)
This is one of the first paintings Van Gogh made when he went to Aries. The care still exists today and has become a major attraction in the art world. Van Gogh would paint for hours each evening to capture this scene, capturing the vibrancy and emotion with bright colors.

The piece is hanging in the Kroller-Muller Museum in the Netherlands.

The Bedroom (1888)
This is a depiction of Van Gogh’s bedroom while he lived in Aries. There are three different versions of this scene, this one being the third. He purposely made the room appear flattened, similar to Japanese work.

The three pieces are currently at the Van Gogh Museum in Amsterdam, the Art Institute of Chicago, and the Musee D’Orsay in Paris.

Postman Joseph Roulin (1888)
Joseph Roulin was Van Gogh’s close friend while he was staying in a southern French town called Arles. When he first moved, Van Gogh felt isolated and lonely. He would often visit the postmaster to send paintings to his brother Theo and became close friends with Roulin. Roulin even tended to Van Gogh after he had a psychotic episode (the one where he sliced off a part of his own ears). Van Gogh painted 20 pieces for Roulin and his family.

Starry Night (1889)
No list is complete without this painting, one of the most famous in the world. When you look for Van Gogh prints for sale, you’re bound to find this one! Van Gogh painted this while in the mental asylum in Saint-Remy-de-Provence. Van Gogh created Starry Night after having a mental breakdown that left him feeling suicidal. The swirls represented his rapidly changing emotions.

This famous piece is currently hanging in the Museum of Modern Art, located in New York City.

Houses at Auvers (1890)
This colorful oil painting was created in the early summer months of 1890 shortly after he moved to Auvers-sur-Oise, a small town near Paris. He moved here after feeling bored with asylum life where he recently painted a series called “reminisces of the North” from memory. He continued studying this area after moving back, painting a range of social domains all over Auvers.

If you’re looking for Van Gogh art prints for sale, check out the Museum of Fine Arts in Boston. Their online store is full of iconic paintings by Van Gogh and other famous artists.