A Pic Rail or an M-LOK Rail System: Which Should You Choose? 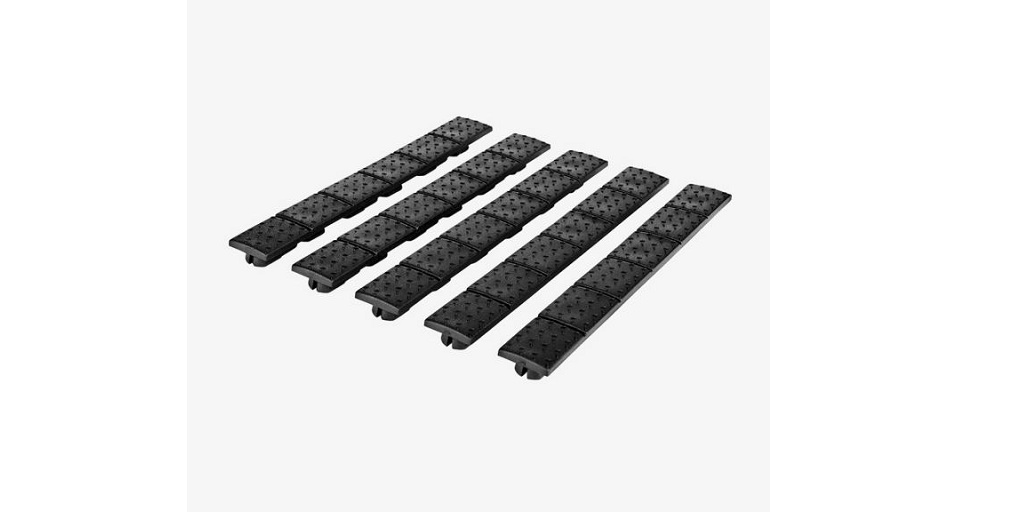 Spend enough time talking with competitive shooters and fans of tactical gear and you’re bound to hear a debate centered around the comparative advantages of different rail systems sooner or later. Among the most popular rail systems available to modern shooters are Picatinny rails (often referred to as Pic rails) and M-LOK rail systems. But which, if any, is better?

Ultimately, the answer to this question is going to lie with your personal preferences – but in lieu of personal experience, here are some key takeaways regarding both rail systems.

Picatinny Rail Systems (AKA Pic Rails)
The system that has become known as the “Picatinny” rail system was developed in the 1980s and named after Picatinny Arsenal in New Jersey. Essentially, the Pic rail system is an enhancement over the lower, wider, dovetailed design of the Weaver rail system.

Pic rails, like Weaver rails, are dovetailed and accept mounts that fit over their dovetailed designs and around their grooves. However, Weaver rails are typically lower and wider and also do not necessarily have consistent spacing between their ridges.

Picatinny rails have become the standard among rail systems, and while they were originally intended for the mounting of scopes and other optics, today, Picatinny quad rail systems have been developed that are ideal mounting systems for lights, lasers, red dot sights, grips, sling mounts, and countless other shooting accessories.

Picatinny rails have been around for nearly 50 years and are still immensely popular. They are versatile and mounting, adjusting, and removing mounted accessories is remarkably easy and straightforward. It’s also easy to find handguards featuring Pic rail systems, as well as attachments and adapters that are compatible with them. Another nice feature of Pic rails, in addition to their versatility, is that they offer the shooter an excellent grip on their adequately ridged surfaces. However, that same surface that affords an excellent grip to gloved hands also features a lot of sharp angles and can be uncomfortable to handle under periods of intense, sustained fire.

However, Pic rails tend to be on the heavier side of rail systems, and some shooters don’t appreciate the fact that throw the center of balance forward on a gun. Some shooters also lament the fact that precise positioning of optics and other accessories can sometimes be difficult with a Pic rail.

M-LOK Rail Systems
M-LOK rail systems are newer and lighter than Picatinny rail systems. They’re actually an improvement over KeyMod systems, which were developed in 2012 by VLTOR Weapon Systems as an open-source, lighter alternative to Picatinny Rails.

M-LOK systems are also less expensive to produce than KeyMod systems and are compatible with polymer accessories. Another benefit of M-LOK systems is that attachments are secure via two bi-directional lugs that enable very precise, accurate adjustments to accessories, in addition to a secure fit.

Which Should You Choose?
Ultimately, if you’re going to swap out your rifle’s handguard for a different model, it really comes down to how your experiences mold your preferences. If you don’t mind the extra weight and appreciate the fact that many (if not most) shooting accessories, including lights and optics, are not only compatible with Pic rails but designed for them, keep the Pic rail section.

However, if you’re looking for a way to lighten the weight of the platform, expand its compatibility, or enhance its comfort, consider replacing your current handguard with an M-LOK handguard, such as one designed by Magpul Industries.

You can learn more about the relative advantages of each of these rail systems online at MCS Gearup at MCSGearup.com, where you will also find access to a wide range of free-floating handguards in addition to other useful shooting accessories. Visit their website at the address listed above and if you need additional help, contact their customer service team by phone or email at 239-848-6757 or at sales@mcsgearup.com.