What Other Bayonets Are Compatible with the M1 Garand? (Besides the M1 Bayonet) 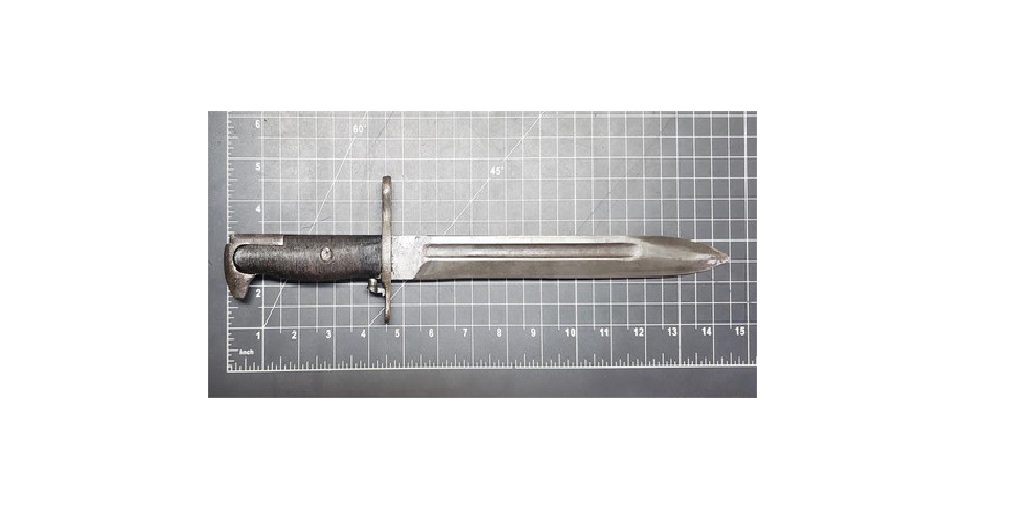 The M1 Garand Rifle, chambered in .30-06 Springfield and heralded by George Patton as “the greatest battle implement ever devised,” was carried widely by United States troops throughout the Second World War, distinguishing itself and the soldiers that carried it through many pivotal conflicts.

Because of its historical significance, it is still a widely owned and maintained platform, and some organizations still host competitions that are specifically reserved for the M1 Garand. Factors like this keep accessories for this rifle in high demand, and among them are bayonets. If you’re looking for a bayonet for your M1 Garand, remember this – an M1 bayonet is not your only option.

Outfitting Your M1 Garand with a Bayonet: What’s Available
While the M1 bayonet might be the most obvious choice in a bayonet for the M1 Garand, it actually all started with the M1905 bayonet that was specifically designed to fit the bayonet lugs of the M1903 Springfield Rifle.

The M1905 bayonet is distinguished by its 16 inch, spear-pointed blade with a single fuller on either side of the blade. It has a generously swollen grip and a pommel, both of which can improve the user’s grip when the bayonet is removed from the rifle and used for general utility or as a fighting knife.

While the M1905 bayonet was designed specifically to fit the M1903 Springfield Rifle, the M1905 also fits the M1 Garand, as it contains a loop that can slip over the end of the M1’s barrel.

The M1905, however, is not the only bayonet that is compatible with the M1 Garand. A number of M1905 bayonets were actually ground down and repurposed as M1 bayonets. The M1 (including the models that were repurposed from M1905 bayonets) can be distinguished by their shorter, 10-inch blades but otherwise generally similar dimensions. M1 bayonets that were later purpose-built for the M1 Garand rifle can sometimes be identified by their black or red plastic grips, whereas the M1905 was sometimes outfitted with wooden grips.

While it is compatible with the M1 Garand, the M5 bayonet features a much shorter, 6.5 inch, spear pointed blade. It lacks a fuller, instead having a raised ridge along the center of the blade; while it has a fully sharpened single edge, it has a swedged, false edge along the top of the point.

Only 11.5 inches overall, the M5 bayonet has aggressively textured, plastic grips and lacks a barrel ring entirely, totally changing its appearance. Whereas earlier bayonets could affix to the M1 Garand via a barrel ring, the M5 bayonet instead mounts to the gas cylinder lock screw under the rifle’s barrel via the aid of a via on the bayonet’s crossguard.

All three of these bayonets, though significantly different in their functional design and in how they mount to the rifle, are compatible with the M1 Garand, and can be used to create a functional and historically accurate assembly.

If you’re looking for any of these different bayonets, or would simply like to learn more about their history of service, feel free to check out Sarco Inc.’s online collection at SarcoInc.com. They have one of the widest collections of historical firearms and accessories on the internet and their staff’s expertise cannot be topped.

You can also reach out to them directly by phone at 610-250-3960 to learn more about the M1 Garand, compatible accessories, and where you can find them.