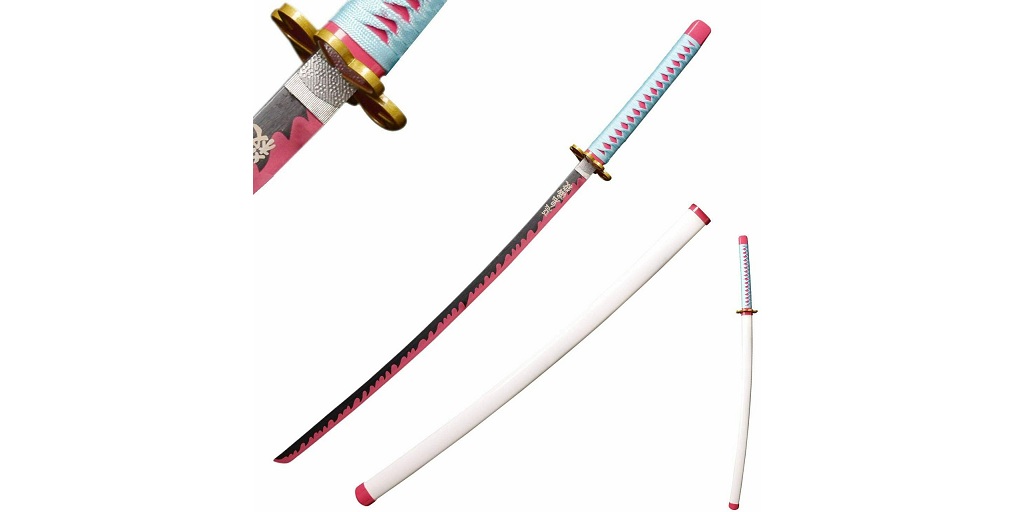 Have a cosplay convention coming up? If you are looking for a new cosplay, look no further than Misturi from Demon Slayer. From her stylish, colorful hair to her bubbly personality, Misturi is a super fun character to embody but you’ll need to remember some key components to truly create the best Misturi cosplay available.

Who is Mitsuri?
Mitsuri Kanroji is part of the Demon Slayer Corps, known for her positive and passionate personality. She is often seen complimenting her friends — but only in her head. Mitsuri is shy at first but forms close bonds with people she cares about.

While Mitsuri initially joined the Demon Slayer Corps to find a husband, she instantly became devoted to the cause. Mitsuri will put herself in danger to save others. Mitsuri has extreme flexibility, immense speed, fast reaction times, incredible strength, and impressive endurance.

Fun Facts About Mitsuri
If this sounds like someone you’d want to cosplay, it’s important to fully embody Mitsuri with more than just a wig and outfit. You’ll want to fully understand Mitsuri inside and out so you can create incredibly accurate TikToks and stand out at any convention.

Strongest Swordswoman
Mitsuri is one of the most powerful and skilled swordswoman in Demon Slayer Corps. She has a special sword style that’s based around her unique sword, known as the Nichirin Sword. It’s a whip-like sword that’s thin and flexible, allowing her to quickly subdue enemies by slicing them up fast and accurately. Mitsuri was even able to cut through lightning and sound waves during a battle with Zohakuten.

You’ll definitely want her sword on hand to complete your cosplay. Ice Imports carries a detailed, high quality replica of the Mitsuri sword that has a carbon steel blade and signature pink detailing.

Food Lover
Mitsuri’s hair is super iconic. It’s pastel pink with green tips on the bangs, with curled pigtails. But what makes her hair even more interesting is the reason behind the colors. Apparently, Mitsuri got her two-tone hair due to eating too much sakura mochi. This red bean paste-based pastry is a popular and aesthetic Japanese treat.

While having her hair will help you look like Mitsuri, you can embody her even more by bringing up a craving for sakura mochi or even having some on hand! Mitsuri also loves eating pancakes. She eats so much that she is known to spend a lot on food.

Animal Lover
Another great aspect of Mitsuri’s personality that will help you dive past her surface level traits is her love of animals. Mitsuri owns a rabbit and also raises bees for their honey. Mitsuri even named some of her attacks after cats inspired by a cat she owned as a child. This is clearly an important memory to Mitsuri. She often bonds with other characters over her love of cats and other animals, making this a great talking point if you truly want to sound like her!

Hopeless Romantic
While Mitsuri is powerful in many ways, she is beloved for her soft side. Mitsuri’s level of openness was ranked at 90%. Mitsuri loved Obanai for a long time but was scared to confess her feelings due to her past marriage interviews causing a bit of trauma. She would sometimes ask Shinobu for love advice, which often focused on very factual things like brain response and heart rate. While open to love, Mitsuri has dealt with a lot of heartache throughout Demon Slayer, making it tough for her to always express her innermost feelings.