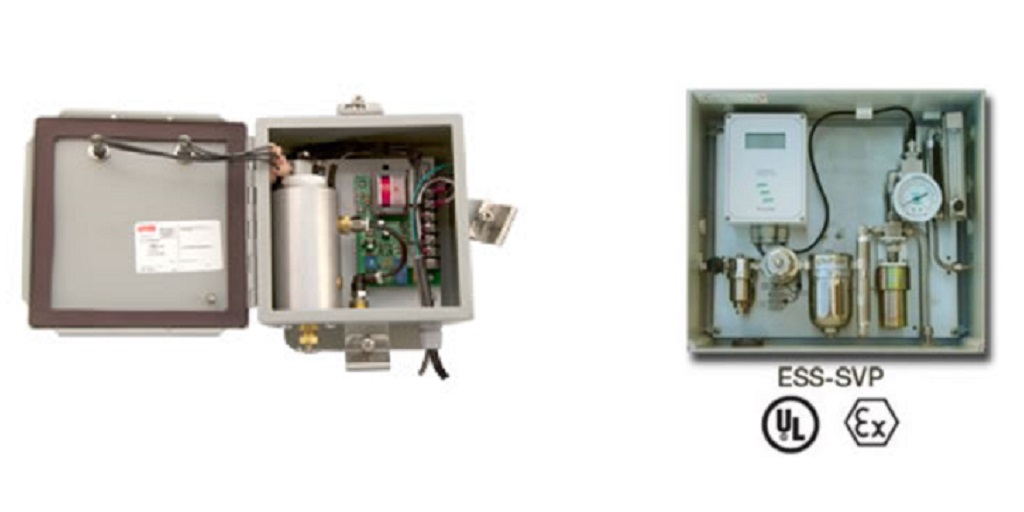 According to official sources, compressed air is used as a “medium of energy transfer” that can be applied to a wide range of applications.

In simple words, compressed air is used as a “fuel” in compressed air systems, which can be used to power tools and machinery, and for the purposes of automating a wide range of industrial processes.

It can be highly cost-effective and efficient, but using compressed air as an energy source is not quite as simple as compressing it and running it through a system. After the air is compressed, it must also be dehydrated.

The Issues of Condensates in Compressed AIr
Actively compressing air heats it up and causes moisture and other materials, known as condensates, to precipitate out of it.

Allowing water and condensates to remain in compressed air can be highly damaging to systems that run on them. Water can accelerate corrosion, causing damage to the pipes that contain it and the systems that run off of it.

What Is the Dew Point Temperature?
One of the solutions to running an efficient compressed air system is to dehydrate the compressed air to specific dew point requirements, ensuring that not enough moisture will remain in the system to cause the damage aforementioned.

Dew point is similar to relative humidity, which is the percentage of water vapor that would be needed to achieve saturation (dew point) at which point water would condense out of the air. The higher the relative humidity, the “wetter” air feels.

It is important to note the atmospheric dew point and the dew point of a compressor system. One occurs naturally and the other artificially in compressed air systems.

Measuring Dew Point with a Dew Point Meter
One of the ways to control the moisture levels present in compressed air systems is to dehydrate them to stringent dew point measurement requirements.

A dew point meter, sometimes referred to as a dew point transmitter or dew point instrument, is a device that is designed to monitor humidity, dew point, and moisture content of the air. They can be used to ensure that air is maintained within a given measuring range.

Some dew point meters contain humidity alarms and lights that change color whenever there is a cause for concern, making them easy to interpret at a glance or from a distance.

Where Can I Get a Dew Point Meter for My Compressed Air System?
Air & Vacuum Process, Inc., carries a wide range of dew point meters, including portable, on-line, and loop-powered meters. They also carry dew point meters equipped with alarms and color-changing lights.

To learn more about their dew point meters, or if you have any questions, visit their website, AirVacuumProcess.com or contact them at 866-660-0208.