WHY DOES DOGS STARES AT HUMANS? 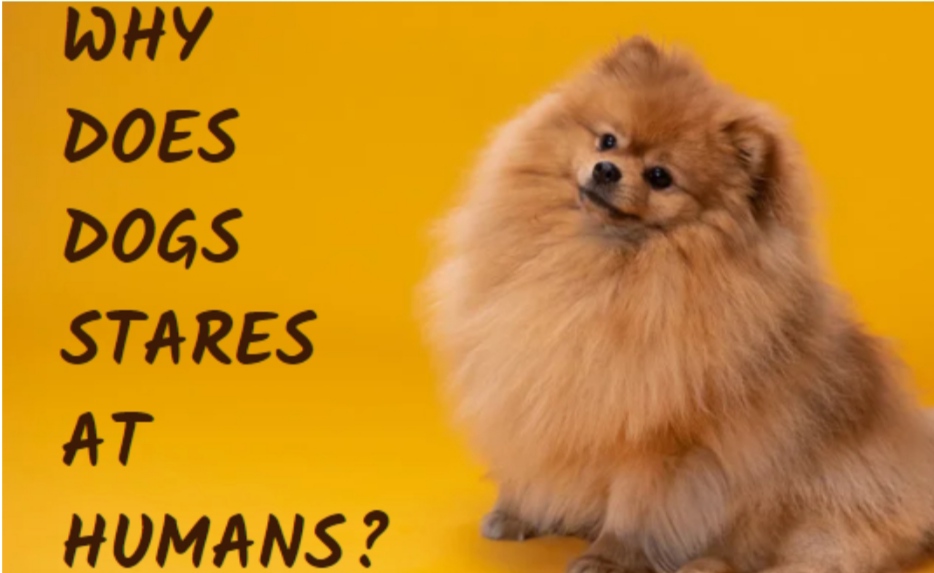 Dogs are the most loyal animal on earth. They are also an ideal choice of humans as a pet animal. Dogs are very lovable animals. They are brave, cute, expressive, sensible and a great companion of human beings.

Humans who have pet dogs, really found themselves lucky, because likewise other family members, pet dogs also care for their owners as a family. They express their love and emotions in their language to their owners. Sometimes, they stare at their owners and humans. This is the most common way of expression they use.

REASONS FOR WHICH DOGS STARES AT HUMAN BEINGS

Humans take care of their pet dogs in a very gentle and affectionate way. Dogs are animals, it is difficult to get the grasp of their exact emotions and feelings. Sometimes the dog owners wonder Why their dogs stare at them. Today let’s discuss the reasons for which the dogs stares:

It’s like humans also, as when humans are angry, their eyes get red and they also start staring at the person one whom they are angry.

One of the most essential reasons for which dogs stare at humans is when they are hungry. Hunger is the emotion which acts like fire when it exceeds the limit. HUman beings also feel defeated in front of hunger, let alone animals are far away from conquering hunger. In Fact sometimes humans also behave aggressively like animals when they are very hungry. Being an animal, it is very normal for dogs to stare differently among humans or other animals. Hunger is the very important reason for which dogs stare at humans.

One of the most reliable and unique reasons for which the dogs stare at humans is because of their special instinctive gut feelings. Being an animal, it is common for dogs to feel the danger beforehand due their special power of alertness and sense. Animals have a special sense of feeling danger or strange things beforehand. So, therefore dogs also start staring and barking continuously when they sense some strange, uncommon and dangerous events beforehand. So due to their special; instinctive gut feelings dogs stare at humans in notation of warning.

Dogs are very lovely and brave animals. They live as comrades with their owners. Their loyalty can-not allow them to leave their owner. Pet dogs are a great companion of humans. The owners of dogs should and must understand the reasons for their expression and feelings so that both of them can understand each other and live happily.